What are we talking about this time?

If you did not read the very first part of this series of posts, I urge you to go and read that one now as it shows you how to get started with AWS, and create an IAM user : https://sachabarbs.wordpress.com/2018/08/30/aws-initial-setup/

Where is the code

The code for this post can be found here in GitHub : https://github.com/sachabarber/AWS/tree/master/Compute/ElasticBeanstalk/WebApiForElasticBeanstalk

What is Elastic Beanstalk?

Elastic Beanstalk has the following architecture It can be seen that EC2 instance are part of an Auto Scale Group (scalability) and we also get a load balancer out of the box with a single URI endpoint for our Elastic Beanstalk app, which will load balance amongst the running web apps hosted on the EC2 instances which are all running the web app. This is quite a lot of stuff that is good to have for free. This sort of stuff is quite hard to configure by yourself, so this is quite cool.

So when you create a new .NET Core Web App (The demo uses a standard .NET Core WebApi project) you can publish it straight to Elastic Beanstalk straight from Visual Studio.

This is obviously thanks to the AWS Toolkit (which I have installed and talk about in the 1st article in this series). This will launch a wizard, which looks like this 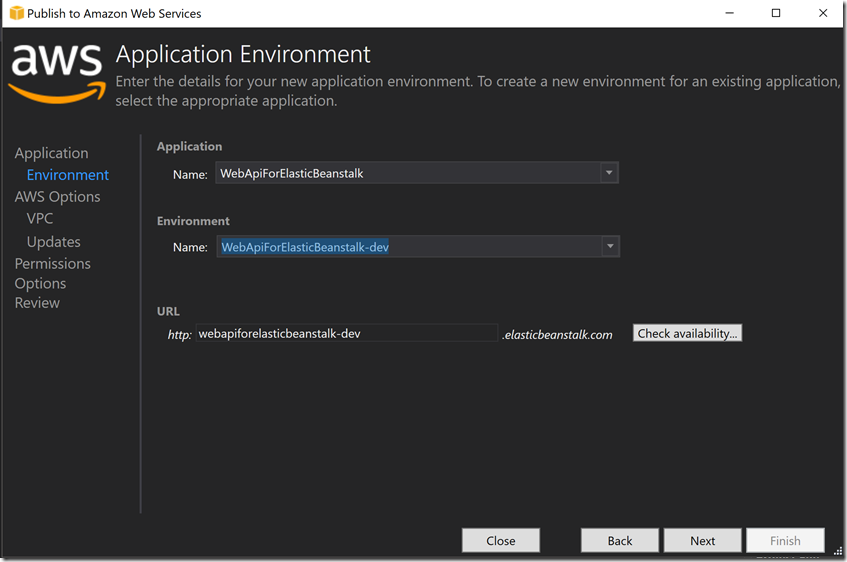 You then pick your hardware requirements (EC2 instance types)

We then pick our application options 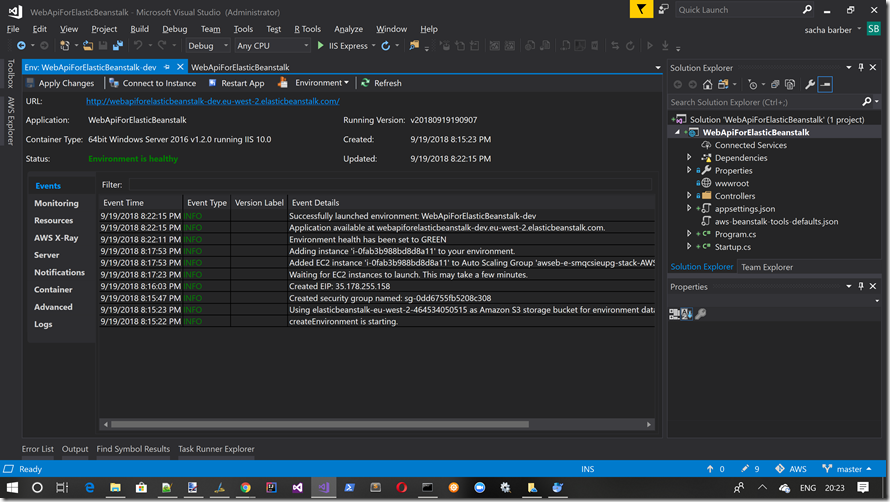 The entire deployment takes about 10 minutes to do, so be patient. One thing to note is that the Visual Studio deployment also creates the aws-beanstalk-tools-defaults.json file to aid in the final application deployment to AWS. This is its contents for this demo app

This is what is happening behind the scenes

Deploying from the command line

Ok so we can deploy from Visual Studio, this is cool, but it certainly won’t cut the mustard for CI purposes. Luckily AWS exposes some new .NET Core commands that we can use to deploy to Elastic Beanstalk. We need to grab the CLI tools to do this

You will need .NET Core SDk 2.1.300 and later (dotnet tool is only available in 2.1.3 or later), once you have that installed you should be able to run this command dotnet tool install -g Amazon.ElasticBeanstalk.Tools to install the AWS Elastic Beanstalk dotnet commands. You can read more about this here : https://github.com/aws/aws-extensions-for-dotnet-cli/blob/master/README.md

So once you have these you should be able to change to the directory that contains your app to deploy and use this command line dotnet eb deploy-environment and follow the command line prompts. You may see an error message about S3 bucket not existing, which is easy enough to fix, just look at what bucket it was trying to create and go create it, it should be a Non-Public / Private bucket

So as we saw above a deployment to Elastic Beanstalk did quite a few things, so we should be able to check out the following

That the binaries are in S3 bucket

When we deploy an app to Elastic Beanstalk the binaries are placed into a S3 bucket, so we should see that has been created for us 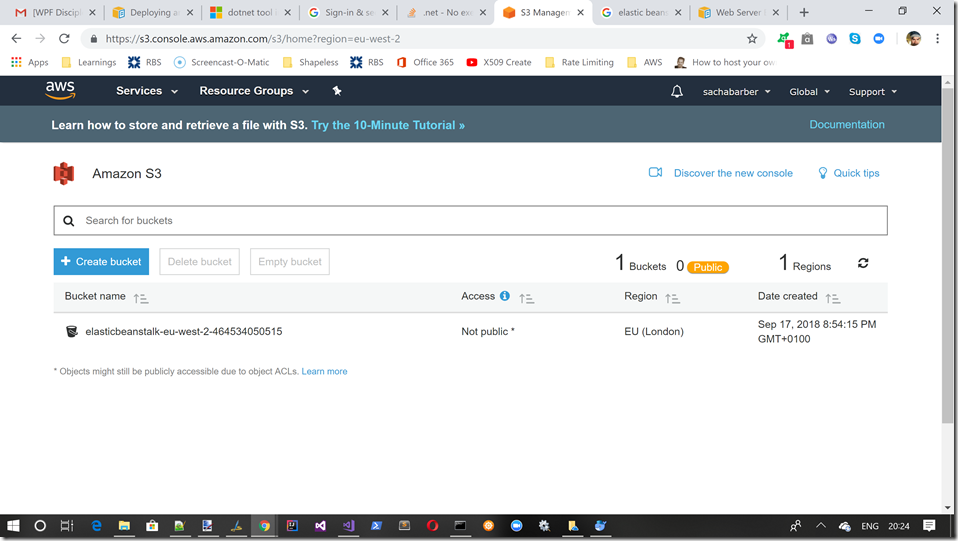 Where we can drill into the bucket and see these files

We can use the Elastic Beankstalk console https://console.aws.amazon.com/elasticbeanstalk to see if our environment is deployed ok. We should see something like this 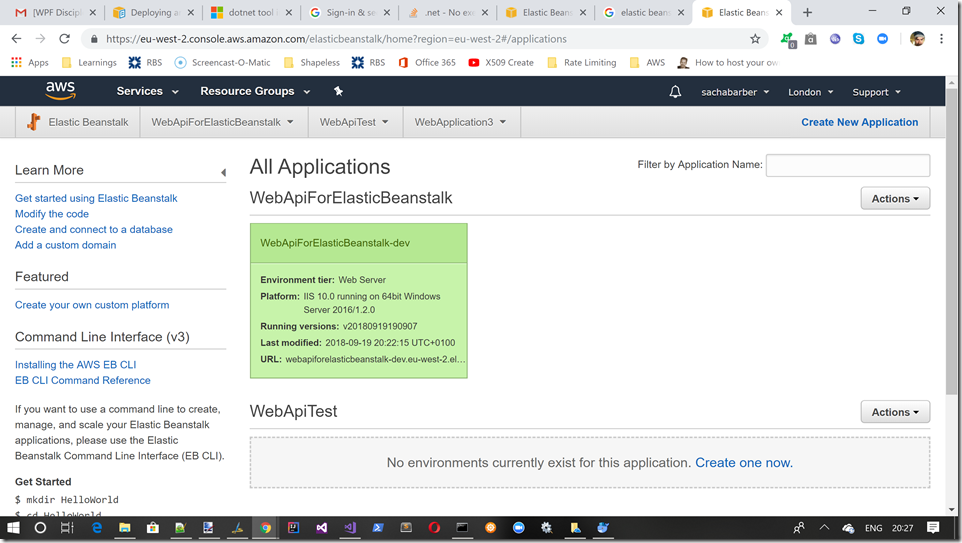 Then use the Actions button at the top right, we can save this environment, so we can use this as a blueprint for a new environment.

Other cool stuff is that we can look at the Configuration, request logs, look at monitoring, setup alarms etc etc

Using the URL for our app, we should be able to test out our standard WebApi project. Lets give it a go

All looking good. So there you go. That’s all pretty cool I think

See ya later, not goodbye

Ok that’s it for now until the next post